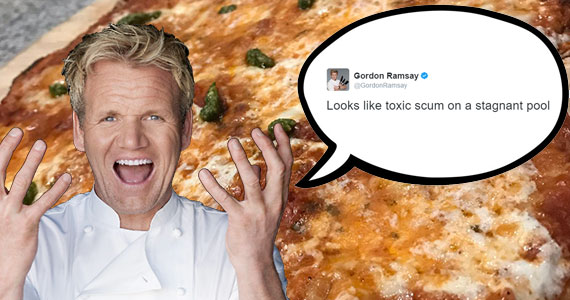 We all know Chef Gordon Ramsay never holds back when critiquing chefs on TV and now we know he definitely doesn’t shy away from dishing out harsh (BUT HILARIOUS) insults to home chefs on his Twitter.

Fans have been tweeting him photos to see what he thinks about their at-home cooking creations and the results are hilarious!

Not all of his critiques are negative though, he had high praise for some tweeters’ meals. Can you imagine being complimented by Gordon Ramsay himself?!

So, are you brave enough to tweet a photo of your best meal?